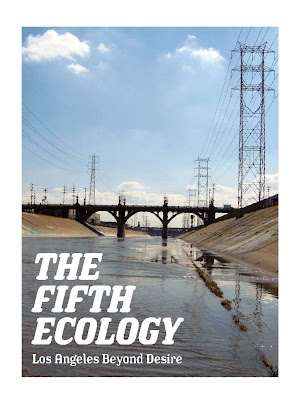 The Fifth Ecology - Los Angeles Beyond Desire project is, in their own words:

Sadly, I missed the actual display of this project downtown last November / December, but there is still a digital version of it online.  The project write-up is an intriguing read that provides a number of highly conceptual, but interesting systemized approaches for rethinking the structure and operation of Los Angeles.  Like many other urban transformation visions, it uses the LA river as the key transformation space for a reclaimed LA.  After perusing it briefly, some of the interesting ideas that stood out to me:

* Pocket Public Space, which advocates for returning small chunks of land into public space to infuse LA's density with more open space.  (FYI - some of this is already beginning with creative public / private partnerships in West Hollywood among others)

* Agrimids, or dense, multi-dimensional housing units that produce their own crops through a mix of private gardens, community gardens, and large-scale agricultural terraces incorporated into new building prototypes.

Below are some images from the project, highlighting the Dog Tongue Town and Agrimid. 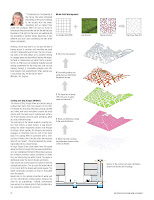 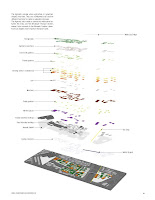 This blog is dedicated to ideas, issues, and inspiration concerning landscape, urbanism, design, and sustainability in the los angeles area from the perspective of an aspiring landscape architect.